How to Create a Viral Marketing Campaign

.Creating a viral marketing campaign is both expensive and complex. It is usually the big named companies who have the big budgets and the expensive advertising agency talent that can meet the demands for the type of exposure required to have a campaign go viral.

A viral ad is one that viewers see and choose to share with their friends and family because of its value to them, what emotions the campaign elicits or the benefit they will receive by sharing the content.

How to Duplicate a Viral Ad Campaign

Regretfully, there is no exact formula that ensures the success of a viral marketing campaign. Who would think that the face of a disgruntled cat would catapult the owner and the cat into the realm of super star.

The cat and the owner became famous and made a fortune from the sour face of the cat as it was displayed on T-shirts, coffee cups, memes and anything that could bear the face of “The Grumpy Cat.” (not an actual picture. All picture of the Grumpy Cat has Copyrights)

An example of Other Viral Campaigns:

Due to Covid-19, when people were forced to stay at home, Zoom created a fantastic social media campaign contest and giveaway.  A virtual background competition was created by Zoom, a video conferencing company, in March 2020. The monthly remote worker competition was introduced. Participants were urged to use the zoom’s virtual background feature to transmit films or photos. The Challenge offers three rewards each month. Result: 50,000 people signed up to take part in the competition

iHeartDogs was founded with the intention of promoting social welfare. They give food to dog shelters for every customer that purchases their goods. To stay true to their mission, the business began running Facebook advertising to encourage more donations.
They offered to double donations from weekend purchases in place of discounts. They started a 0% off promotion that ran from Thanksgiving to Giving Tuesday. Facebook advertised 0% discount, yet the business ended up quadrupling its sales.
Result:  Instead of the 100,000 dogs they had intended to feed, 200,000 canines received supper. Over 500,000 consumers reached out, exceeding projections in sales by a factor of four.

Dropbox set a fantastic precedent for affiliate marketing that became widespread.   For each recommendation and signup made by an existing user, Dropbox offers 500 MB of free storage.  The Result?  Result: Dropbox experienced a 60% increase in signup. Even now, word-of-mouth continues to be a significant source of new clients.

Dropbox established a successful client base by giving a gift to existing customer.  As of 2016, Dropbox had over 500 million users and is on track to surpass a billion users soon.

Funny videos are not the only ones that go viral. The business can reach a broader audience by providing the clients with a gift or discount for their purchase.

So, when I found a company  that enbraced all the components of a viral ad campaign within its core mission; I was excited to meet the challene and create aviral marketing campaign for it.  I felt defeated from the very start because The science of creating a viral ad campaign was beyond the scope of my capabilities and I was aware of the fact.

Nexus Rewards is A Unicorn 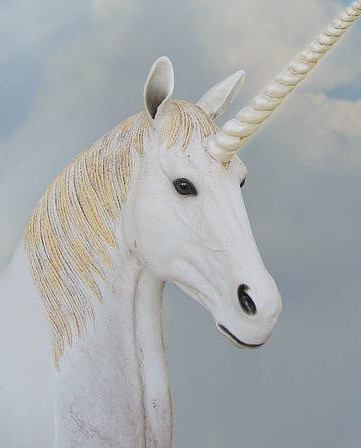 Sell to the Masses to Dine with The Classes.

Nexus Rewards is the Ultimate Cash Back, Savings and Membership Club designed to help people make money ​on all of the things they already buy.The Nexus Rewards program is a unicorn because it is different in intent and purpose than other programs in this genre

The company promotes social welfare by giving everyone the opportunity to save money and make money from an easy to use platform.  The mission is to hel millions of peole all over the world get more out of life.

Nexus Rewards does not fit the description of  the Venture Capitalist unicorn as a billion-dollar startup.

The members of this community actually receive more value than the costs of the membership.

The program is created for every consumer who is suffering from the affects of rising inflation.. The program empowers the hopes, dreams and values of many people lost and struggling in this economy. The program Benefits families and communities which is the intent of the apps that it uses within the program.

The Phrase Never Pay Retail
Again is an amazing concept for the shoppers at Walmart, Target and the other 3,500 retail locations listed.

These apps are beneficial to anyone who might have the following:

Membership Has its Priviledges

While creating income is a priority for me and millions of other indviduals online.. My first questions was whether  there was a cap to the number of $30.00 referrals for The Rakuten offer?. The Upside gas app pays $7.00 for a limited time. The app delivers cash to the users pocket each time they put gas in their car. 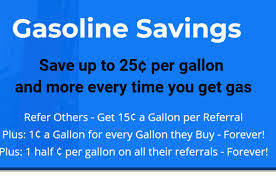 I quickly calculated that if I just referred my sister’s family in Houston and the sprawling clan of friends and family member in closer proximity in Sacramento; I could surely refer 100 friends and family instantly to a program that is beneficial and can put money in the pocket.     The average person has at least 2,000 contacts in their combined telephone and social media accounts who all need extra cash and gas savings during this inflationary, Covid19 disaster.

Financial Solutions For The Masses

Do you have one of those kids who always needs money.  As a parent, or grandparent, saying no is one of hardest taks you face when they are at a certain age.  However, I did find the solution to the problem when i researched the Nexus Reward Apps.

My adopted daughter mentioned that her rebel brother was being evicted from his apartmen.  He relied on the Covid 19 relief program to help him escape his obligation of paying rent. He had not paid rent for an entire year.

No one wants to loan moneyin this economy.  No one wants him sleeping on their couch. . I told my daughter about the Nexus Reward Plan and calculated for her how many referrals her brother would need. Get out and start referring if he wants to maintain his apartment.  The Amazing benefit is there is no costs involved in referring people so there is no obstacle to entry..

This program could help people who are homeless.  They must eat. They shop and Walmart.  They cen refer 100 of their friends.  They could generate enough money to move into an apartment. Does this program have a viral appeal?

As for my adopted daughter, I instructed her to download the apps and tell her friends. I rememberthe old Breck shampoos commercial.  Now that is viral marketing at its best.

Marketers who want to reach a bigger audience should keep these attributes and examples in mind when creating their next campaign. Few individuals can match the exposure of well-funded startups. However, word of mouth marketing was here prior to the complex marketing formula required to go viral.

This Viral Campaigns Appeals to a Large Audience:

Ask questions such as:

What could be more appealing to an audience in this economy than the term FREE MONEY or SAVE ON GAS/. What is more relevant than creating an income from home without having to barter bills or your first born.

Why would the audience care about this campaign. The benefits outweigh the costs. There is value added.

Because of the expense and complexity of creating a viral ad campaign, Nexus Rewards Unicorn concept of really helping people find financial security will need to use word of mouth advertising.

That is viral marketing at its core.